Tequila, including Jose Cuervo, is a depressant rather than a stimulant, like other alcoholic beverages.

Due to the fact that tequila drinkers sometimes experience increased energy or a milder hangover, this confusion is common.

Tequila is a distilled spirit made from the blue agave plant and ethanol, the same active ingredient found in other alcoholic beverages that inhibits brain receptors. Both in the US and Mexico, tequila is a favorite drink.

Alcohol can affect sensory, memory, cognitive, and motor functions because it is a central nervous system depressant. Drinkers enjoy the sedative effects, but excessive consumption can be bad for one’s health.

The fermented juices of the Weber blue agave plant are used to make tequila, a distilled spirit. Tequila can be consumed in a variety of ways, including in margaritas and other mixed drinks, but its most well-known use is in shots. Tequila is a special kind of alcoholic beverage because only certain regions of Mexico can produce it in order for it to be called authentic tequila.

There are five different kinds of tequila, and they differ depending on the location and methods used to process the agave. Tequilas that are clear, or Blanco tequila, are the purest and unaged. Although unaged, gold tequilas often contain caramel or other flavorings. Tequilas known as reposado (rested in Spanish) are aged in wood barrels for a minimum of two months and frequently for three to nine months. Añejo (old) tequilas are aged for 18 months to three years in oak barrels or repurposed bourbon barrels. Extra-añejo is the tequila variety that has just recently entered the market as the fifth variety. The oak barrels used to age this tequila for more than three years make it particularly old.

You might have also heard that mezcal and tequila are related. The agave plant is used to make this distilled spirit as well. Although technically speaking, not all mezcals are tequila, and vice versa, not all tequilas are mezcal. This is similar to the way that scotch and bourbon are both types of whiskey. The method used to process the agave is the main distinction between tequila and mezcal. It is customary to bake the piñas with mezcal in earthen pits.

Is Tequila a Stimulant Or a Depressant?

Despite the fact that you may have seen people drinking tequila get raucous and overly energetic, it is a depressant.

There may be a suggestion that tequila causes people to behave differently than when they have a few beers or a glass of wine. This is simply untrue; alcohol affects the brain similarly whether it comes from beer, wine, or tequila. But how you consume these liquids can greatly influence how you act. In contrast to wine, which is frequently sipped slowly as a way to unwind, tequila is frequently consumed in the form of shots and is typically consumed in fairly quick succession.

Can Tequila Also Be a Stimulant?

Tequila’s stimulating effects on the body are only noticeable after briefly letting go of self-control.

A depressant of the central nervous system, ethanol also has a sedative or hypnotic effects. Your reaction may depend on the environment and the dose. Euphoria can be brought on by ethanol in small doses.

A surprising number of people prefer alcohol’s depressing effects over its energizing effects. According to researchers, people who experience more stimulation than calming effects are more likely to drink.

How Strong is Tequila?

Alcohol has a calming or sleep-inducing effect because it depresses the central nervous system. However, how it affects you depends on both how much you consume and the circumstance you are in. Alcohol can have a euphoric effect when consumed in moderation.

Tequila has a reputation for enhancing the raucousness and wildness of any occasion. Tequila is frequently linked to heavy binge drinking. If you drink tequila in cocktails, the amount of sugar in the mixer may also cause a spike in your blood sugar, which will affect how you feel.

Tequila typically has an alcohol content of 38 to 40% or 76 to 80 proof. This shares similarity with other alcoholic beverages like vodka and whiskey.

Is Tequila Good for You?

Depending on whom you ask, the tequila may or may not be healthy for you. This has been the subject of studies, both scientific and pseudoscientific, to try and ascertain. Some claim that tequila can help with anything from weight loss to stronger bones. However, there isn’t any concrete evidence that tequila is healthy, and in fact, there are health risks that show the opposite. Alcoholism poses the greatest health risk because it can lead to a variety of issues including those that are relational, psychological, emotional, and physical.

Most medical professionals concur that no one should consume tequila for its purported health advantages. Instead, they should exercise, eat healthily, and only drink in moderation. For women, one drink per day is considered moderate, while men are allowed up to two drinks per day. A 5-ounce glass of wine, 12-ounce bottle of beer, 1.5-ounce shot, or 1.5-ounce cocktail is all considered drinks in the context of this advice.

The most popular spirit in the United States is vodka, a clear, distilled beverage with origins in Poland and Russia. for many years. Although it’s now typical for vodka to be made from grains like wheat or rye, vodka is traditionally made with potatoes. Vodkas made from rice, corn, fruit, or even just plain sugar are also available.

For the fermentation process, vodka is made by combining grain or starch with yeast. Approximately 16 percent, or 32 proof, of alcohol, is present in the resulting liquid. It then undergoes a distillation process to increase the liquid’s alcohol content to 40 percent or 80 proof, since that isn’t high enough to be regarded as a spirit.

How is Tequila Metabolized?

When you drink alcohol, a small amount enters the bloodstream through oral capillaries right away. It is swiftly processed when it gets to the stomach.

The small intestine is where alcohol undergoes additional digestion before being swiftly absorbed into the bloodstream. Then it is transported to every other part of the body, including the brain.

The distribution of alcohol throughout the body is influenced by the water content of each tissue. On an empty stomach, the entire procedure (from the initial drink to the brain) can be completed in less than 15 minutes.

Conclusion: Tequila is A Depressant

Tequila is a depressant, despite anecdotal evidence to the contrary. While tequila may first appear to boost mood and energy, the way it is typically consumed in shots probably adds more to the myth. After all, bingeing on alcohol or overindulging has never been good for you.

Is Tequila a Hallucinogen?

Tequila isn’t a hallucinogen, so no. Tequila does not contain any psychedelic substances that are active. But while consuming a full bottle or a few shot glasses of vodka can make you inebriated, it won’t cause you to experience hallucinations.

Can Tequila Keep You Awake?

Tequila does not keep you awake. The depressant ethanol is used. The brain’s receptors are inhibited and blocked, which has the sedative effect of reducing brain activity.

What is in Tequila That Makes You Hallucinate?

Tequila doesn’t contain any substances that can induce hallucinations. Hallucinations are not brought on by agave plants. However, excessive alcohol consumption will unavoidably leave you inebriated and disorganized. 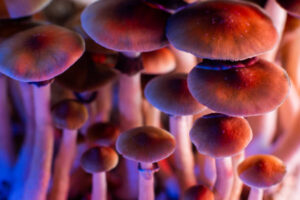 Previous post How Long Does It Take for Shrooms to Kick In? 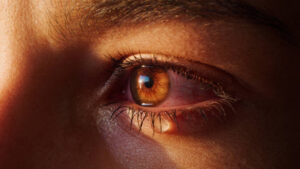