One of the most used drugs in the world is alcohol. Following ingestion, it slowly leaves your body through your breath, perspiration, and urine. You may have wondered how to end a hangover or an extremely intoxicated state if you’ve ever experienced one. Chances are, you’ve probably asked yourself, “how to flush alcohol out of your system?”

To “flush out” alcohol, usually means to drink as many non-alcoholic fluids as possible in an attempt to excrete the alcohol out through urine.

The symptoms will eventually go away if you take care of yourself and behave properly while you still have alcohol in your system, and you will quickly resume feeling like yourself.

How Long Does Alcohol Stay in Your Body?

At a rate of about 100mL per hour, alcohol is typically broken down. Simply put, a grown male typically needs an hour to process one drink. Only your BAC level (blood alcohol content) determines how long alcohol will stay in your system. Your gender, weight, age, how many drinks you drank one night, and even the type of alcohol you’re consuming can affect this level.

How Alcohol Breaks Down Inside Your Body?

The metabolization process begins as soon as alcohol is consumed. The length of time it takes will depend on how much you drank and how you’re feeling right now. Your blood will then contain alcohol, which will cause the drug to metabolize. All of your body parts receive the drug that has been metabolized via the blood.

Only about 10% of the alcohol leaves the body through sweat and urine; 90% passes through the liver.

The highly toxic and reactive chemical acetaldehyde is produced when your liver breaks down alcohol.

Acetaldehyde cannot be eliminated, so your body will convert it to carbon dioxide, which can be easily expelled from your system.

If you experience reddening and flushing in the neck or face region, the acetaldehyde produced is insufficient.

About 20 deciliters of alcohol are broken down per hour inside your body. However, this could change based on your age and how frequently you drink.

During defecation or urination, any alcohol that remains in your body is expelled.

Ways To To Flush Alcohol Out Of Your System

In order for us to function normally, the toxin alcohol needs to be removed from the body. 10% of this toxin can be naturally released through bodily functions such as sweating, breathing, and urinating. The liver, which takes over the detoxification process, is in charge of the remaining tasks.

Here are some ways to help your liver stay up to speed and flush the alcohol out of your body:

Although it depends on how much alcohol has been consumed, drinking water before, during, and after drinking, alcohol can lessen dehydration.

A few drinks combined with at least as much water can lessen the amount of alcohol absorbed into the tissues around the body.

The liver can process water with the help of lemon or lime, which also helps to lower BAC (blood alcohol concentration). Stay away from beverages with added sugar.

Since it contains antioxidants, this type of tea is a powerful way to remove toxins from the body that have built up due to alcohol consumption. Actually, it’s a fantastic way to get rid of alcohol poisoning.

Even though staying up late won’t physically remove alcohol from your system, it’s a good first step toward restoring normalcy to your body. You could use the time to make up lost sleep because alcohol makes it difficult or impossible to sleep.

Get Food In Your Body

The most crucial method to remove alcohol from your system is probably eating. It’s crucial to balance it out by eating food because the toxins in alcohol can result in low blood sugar and even crashes. Try something light like eggs or crackers if you feel too sick to eat. Later, when your body is capable of handling it, try consuming meats and other foods high in vitamin D.

Sweat The Alcohol Out

When your body is full of alcohol, moving may be the last thing you want to do, but it can actually help flush the toxins out. Gaining more oxygen can assist your liver in filtering out toxins more quickly. Sweating and deeper breathing both help you release toxins naturally. To release endorphins, we suggest taking a brief stroll outside or even engaging in low-impact exercises like a practice of twisting yoga.

Although detoxing can make alcohol flush out of your system more quickly, it won’t necessarily get rid of all the toxins from your body right away. Even though some common remedies for a hangover, like drinking coffee and taking a shower, may temporarily improve your mood, they have no impact on your blood alcohol content (BAC).

With an increase in alcohol concentration, more water is lost from the body.

The liver will be harmed by binge or heavy drinking. It is also possible to consider indirect liver damage as a result of alcohol abuse.

Days without drinking can help the liver process alcohol’s metabolites and byproducts without adding to the body’s load of alcohol.

Green vegetables, fruit, and probiotics like kefir, kombucha, and sauerkraut can support liver metabolism and help flush out dietary fats.

This helps the liver process alcohol while also assisting in liver function.

Alcohol removal will be aided by exercise that causes perspiration. Remember that your body will eliminate toxins through breathing, urinating, and sweating. (stay well hydrated if exercising as it may have the opposite effect if you become dehydrated)

Factors Contributing To Break-down Of Alcohol In The Body

The liver must work more laboriously to process alcohol the more it is consumed.

For instance, a small shot of liquor might take an hour to break down into metabolites, but a large glass of wine might take three.

In these instances, the time required to process the alcohol is more closely correlated with the amount consumed than the alcohol strength percentage.

As a result, the more alcohol that stays in the surrounding tissues of the body, the higher the level of intoxication, and the higher the percentage of fat composition in the body.

This is because Alcohol Dehydrogenase ADH, the enzyme that causes this process to take place, is to blame.

In contrast to women, who essentially lack ADH, men have an active form of the hormone in their stomach and liver. If there is more ADH present, alcohol can be broken down more quickly, i.e. a female consuming the same amount of alcohol as a man will feel the drug’s effects much quicker.

The new government advice, which advises both men and women to limit their weekly alcohol consumption to 14 units, is still applicable to both sexes.

An important element in how alcohol is broken down is the type of food consumed. Toxins from the gut are removed by probiotic foods. Fruit and vegetables of all colors help the liver process nutrients.

Particularly asparagus can protect the liver and lessen the effects of a hangover.

The rate of metabolism of alcohol can be influenced by medications.

For instance, combining alcohol and opiate medications can be risky because they both can worsen respiratory arrest by reducing breathing. Alcohol and aspirin have the potential to upset the stomach or result in internal bleeding.

Alcohol metabolism is impacted by age because as people get older, their bodies tend to store less water.

Alcohol draws water from the body, increasing the likelihood of becoming dehydrated.

After a long period of moderate to heavy alcohol use, liver disease can develop. For liver cirrhosis to develop, no specific time period exists.

Can Water Flush Out Alcohol?

Water does aid in the removal of alcohol, but only after the liver has fully processed it.

The amount of processing assistance provided by water consumption will depend on how long alcohol has been present in the body and how much is still present in the bloodstream at the time. Blood alcohol concentration decreases over time.

The liver’s metabolic process cannot be hurried, which is why the government has set daily and weekly limits on the amount of alcohol that may be consumed.

Men and women should each consume no more than 14 units of alcohol over the course of three days per week, according to a new government recommendation.

14 units are equivalent to 10 small glasses of low strength wine per week over 3 out of 7 days or 6 pints of average strength beer.

To function properly, the body needs to consume enough fluids each day. Every day, it is advised to drink about 8 pints of water or other liquids. However, the typical person will find it difficult to consume that much alcohol.

Fluids perform many important roles throughout the body such as:

The “morning after” effect of alcohol consumption can result in a strong desire for fluids to replenish the body’s natural state in someone who is already partially dehydrated (without realizing it).

When our bodies detect alcohol, they begin looking for ways to remove it from our systems so that we can control the blood alcohol content and preserve our bodily functions.

How Much Water Should I Drink To Flush Alcohol?

How much water one should consume to remove alcohol from the body is not a matter of precise science.

Particularly when it is stronger, alcohol has a diuretic effect. The effects of alcohol’s dehydration can be lessened by drinking water.

Alcohol metabolites are among the toxins carried out of the body by urine. The color of the urine can be used to identify dehydration.

A dehydrated state of the body is likely if the urine is dark. The goal is to lessen the color’s intensity because lighter urine indicates a more hydrated body.

If your urine looks dark after consuming alcohol, start drinking water or other non-alcoholic beverages right away.

Over the course of 12 hours, sip water slowly but consistently, at least one glass at a time.

Regardless of your blood alcohol content, it’s important to take precautions against drinking too much water too soon because it can have a negative effect known as water poisoning.

And ultimately, drinking sensibly is the best way to prevent having to flush alcohol out of your system. It’s not always that simple, though, as we are aware. The best you can do is take precautions like finding a designated driver, avoiding drinking on an empty stomach, and having a friend nearby if the detoxing process has more intense side effects. 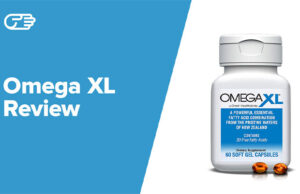