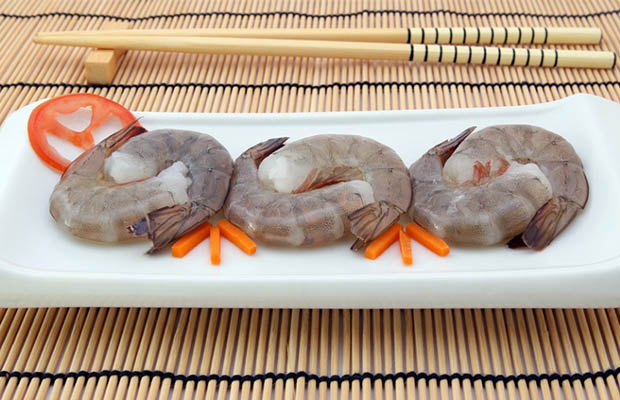 Throughout the world, many people enjoy the highly nutrient-dense seafood known as shrimp. They are low in calories, high in protein, and contain beneficial fats, vitamins, minerals, and antioxidants. They not only make for nutritious meals, but they are also a delectable treat. Shrimps being the most consumed type of seafood is therefore not surprising.

The amount of seafood consumed and purchased by Americans has increased recently. The most popular seafood among Americans is shrimp. Around 4.6 pounds are consumed annually by the average American.

Is it safe to eat raw shrimp, though? You should be aware of the following.

Is It Safe To Eat Raw Shrimp?

Viruses, parasites, and bacteria that are present in raw shrimp may cause illness or food poisoning. Although many people think that harmful bacteria can only be removed through high-heat cooking, properly prepared raw shrimp can be safe to consume.

As with any food, there is a chance of getting food poisoning or another foodborne illness, but as long as you choose the shrimp carefully and take adequate precautions, you should be okay. You should never eat uncooked raw shrimp to prevent contamination and disease.

One such place is Japan, where raw shrimp is frequently used to make fresh shrimp sashimi, shrimp nigiri, and shrimp sushi. Drunken shrimp or drunken prawns, which can be consumed cooked or raw, are popular in China.

The Peruvian dish shrimp ceviche, which is popular worldwide, is also a favorite. Typically, raw shrimp, lime or lemon juice, herbs, onion, and other optional ingredients go into the preparation of shrimp ceviche.

Those with weakened immune systems should refrain from eating raw shrimp because it may be infected with viruses and dangerous bacteria. The FDA advises against serving raw seafood to expectant women, young children, the elderly, and people with compromised immune systems. They can avoid food poisoning and other food-borne illnesses by doing this.

While shrimp sashimi is delicious, people who aren’t in great health should stay away from it. Shrimp must of course be avoided by people with shellfish allergies.

All kinds of bacteria, including those that can cause mild allergic reactions to severe cases of food poisoning, can be found in raw shrimp. The worst part is that you probably won’t even consider taking precautions against eating raw shrimp until you’ve already had a case of food poisoning.

The following are the risks associated with consuming raw shrimp:

Are There Any Advantages To Eating Raw Shrimp?

Why do people still eat raw shrimp when doing so could result in food poisoning or other illnesses? In fact, raw shrimp is healthy; it is a good source of phosphorus, protein, and vitamin B12. Selenium, an antioxidant, and omega fatty acids are also present in moderate amounts in raw shrimp. The high cholesterol content of raw shrimp should be noted.

The taste and texture of raw shrimp are additional factors in people’s continued consumption of it as a delicacy.

Depending on the variety, raw shrimp can be soft but crisp or firm but soft. Although raw shrimp typically has a sweet flavor, some varieties may have other delicate flavors that stand out. Another factor contributing to the dish’s popularity as a delicacy is the way shrimp sashimi brings out the natural flavors of raw seafood.

Healthy individuals have a low risk of developing a serious illness from ingesting raw shrimp as long as the shrimp is selected, stored, and prepared properly.

How To Treat Shrimp-related Food Poisoning?

The majority of the time, symptoms are minor and will go away in a few days. Dehydration could result from vomiting and diarrhea, which can quickly deplete body fluids. The body’s ability to rid itself of the infection will be more challenging in this condition. As a result, those who are dehydrated may need to visit a hospital to receive an IV drip.

Here are some things you can do at home to treat food poisoning if you or someone you know has it until the symptoms go away naturally.

Visit a doctor if minor symptoms persist for longer than three days. However, if you notice any of the following, call your doctor right away. These are serious signs and symptoms that could cause more problems.

A doctor should be consulted right away if a high-risk person contracts food poisoning. Pregnant women, infants, young children, people with chronic illnesses, those with weakened immune systems, and the elderly are among those at high risk.

How To Judge If The Shrimps Are Fresh?

When purchasing fresh shrimp, take a close look at the shrimp shells and pay attention to the following:

How Are Shrimp Cooked Safely?

The risk of food poisoning is very high when eating raw shrimp. As a result, cooking shrimp is necessary for safe consumption.
It is best to buy premium shrimp from a reliable source because poor harvesting, handling, and storage practices can raise the risk of contamination.

Fresh shrimp should be refrigerated and consumed within four days or frozen for up to five months. Look for manufacturers with food safety certification among those you can choose from.

The best way to safely defrost frozen shrimp is to take it out of its packaging and place it in the fridge for up to 24 hours. The injurious bacterial spread will be reduced as a result.

To prepare, thoroughly wash your shrimp because any dirt can conceal bacteria. Also, make sure other foods are kept a safe distance away to avoid cross-contamination.
While these methods might slow the growth of some dangerous bacteria, they won’t get rid of all of them. So, even when prepared carefully, raw shrimp still carry a risk of illness.

The proper way to cook shrimp is to cook them until they are opaque, pink, or have reached an internal temperature of 145°F (63°C). Cooking effectively kills the majority of dangerous bacteria and viruses.
promotes brain and heart health.

One of the most popular types of seafood in the world, shrimp is a tasty and adaptable ingredient that can be used in a variety of dishes, from stews to appetizers. Unfortunately, there are dangers associated with eating shrimp because, while growing in the ocean, they can pick up harmful bacteria. It’s crucial to follow all food safety regulations if you’re eating raw shrimp. 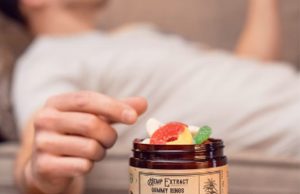